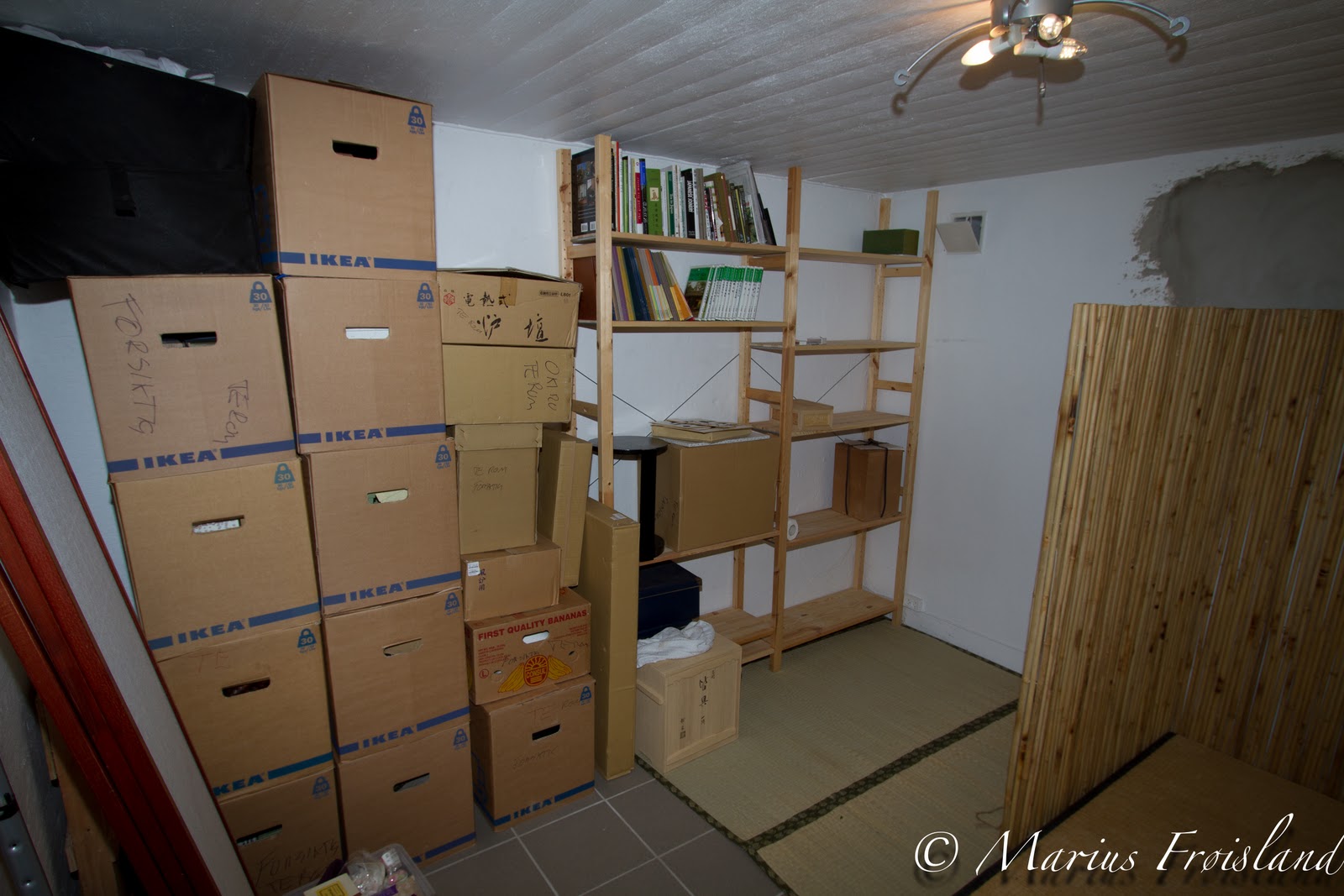 When we bought our house one room in second floor was designated as Tea room. For a while I used it as a Tea room and had great plans for improving on the facilities. However, that plan never came to fruition.

This winter my newly bought secondhand aquarium sprung leak and 843 liter of sea water flowed out over our living room. The result of this disaster was that we could not use our living-room for several months. To have a space to watch TV and sit in a couch the room designated as Tea room became the new living room. The problem was that when the living-room was fixed the couch and the TV stayed in the Tea room, and gradually the Tea room became just another messy place.

Our house was build in 1959 and the insulation in the loft floor was from that time too. Even worse the loft had no proper floor board to walk on. I decided that I would remove all the old insulation and put in new. When I had done this I added new and proper floorboard. Voila, and I had an abundance of storage space on my loft. In the basement I had a storage room full of stuff junk. I moved much of this to the loft and the rest to the garage.

Finally I could start moving my Tea-stuff from the messy room on secondfloor down to the basement. After several hours of moving boxes and such I have what looks like a Tea room.  In the future I hope to be able to lift the tatami of the floor so that I can have a sunken ro, and also proper fusuma. I made an estimation that it would cost approximately 12.000 USD to import tatami and fusuma for a four and half mat room with a few mats for a mizuya elsewhere. At the moment there is no way that I can afford that, unless I dip into the wedding budget, which would result in a pre-wedding divorce.

Tomorrow I will unpack some of the dogu and hopefully enjoy the first cup of Tea in nine months. It has been way to long since I last did temae.