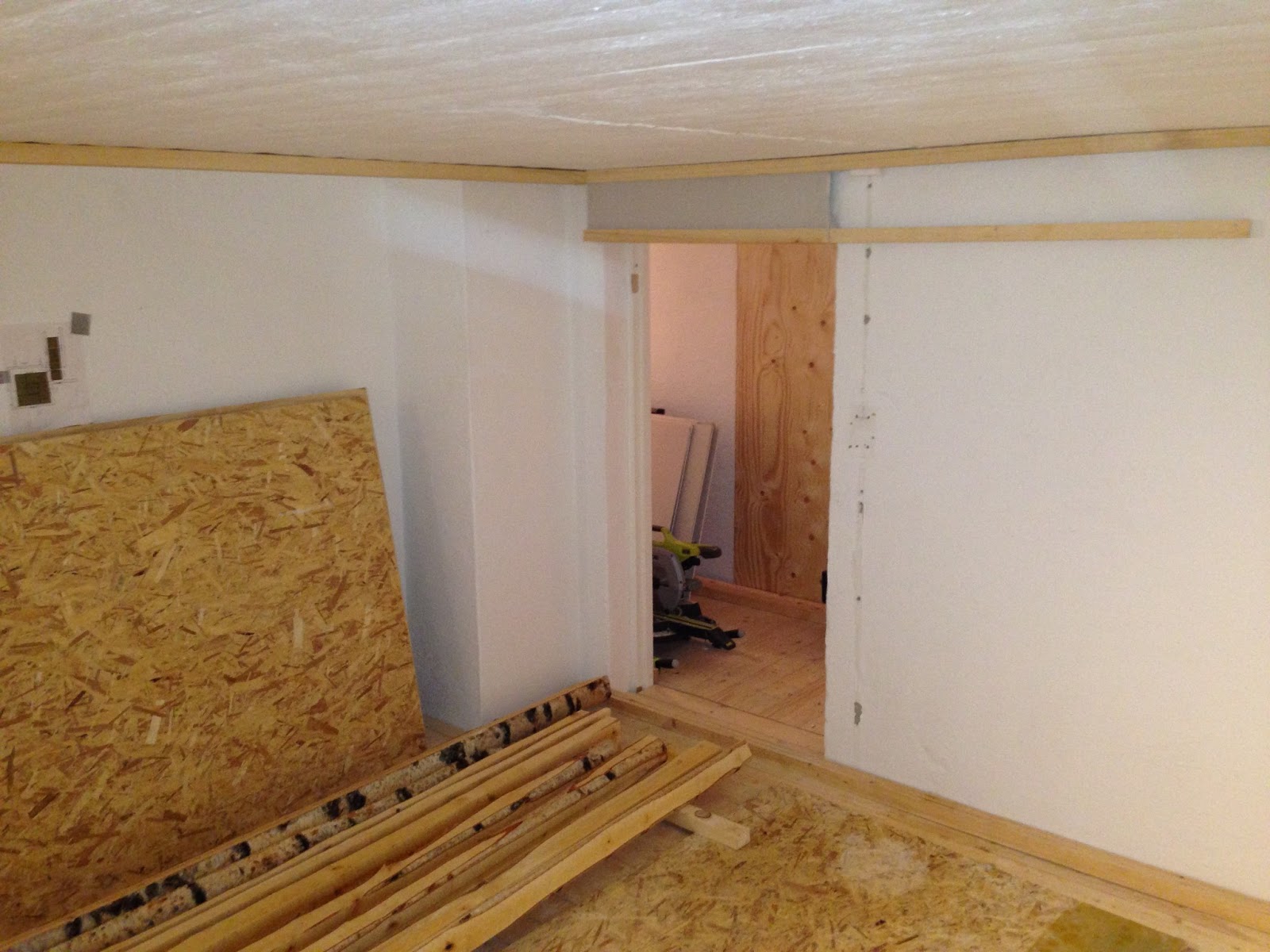 Started early today. I was at the hardware store just minutes after they opened. I needed some new tools to move forward with the project. Got a jigsaw and a sanding machine along with some other small things.
Spent half a day and all I really had to show for it was one fusuma railing fastened to the ceiling. I had such a hard time getting it up there!
After lunch I felt more productive. It was much quicker to get the remaining railings up after that first tricky one. At the end of the day I had all railings fastened to the ceiling. Also put inn a small section of the wall above the door, just to see how my system with grooves for the walls would work. I’m very happy with the result, the wall section fit perfect. Though it need some colour and texture before it’s done. Looking forward to placing more walls tomorrow.

Finally I gave the white birch pillars a quick wash with some mould and algae disinfect. I still remember last time I used self-cut-wood in a Tea-room. I made a nice tokobashira, and after a week it was covered in mould and had stained a tatami. This time I’m going to be proactive and disinfect it in advance. Hoping to avoid all any mould.

I got two horizontal pieces of wood above the door. The lower one will only be visible above teh door. The rest of it will be hidden. I had to have two railings to avoid a electric junction-box that would have blocked the door.