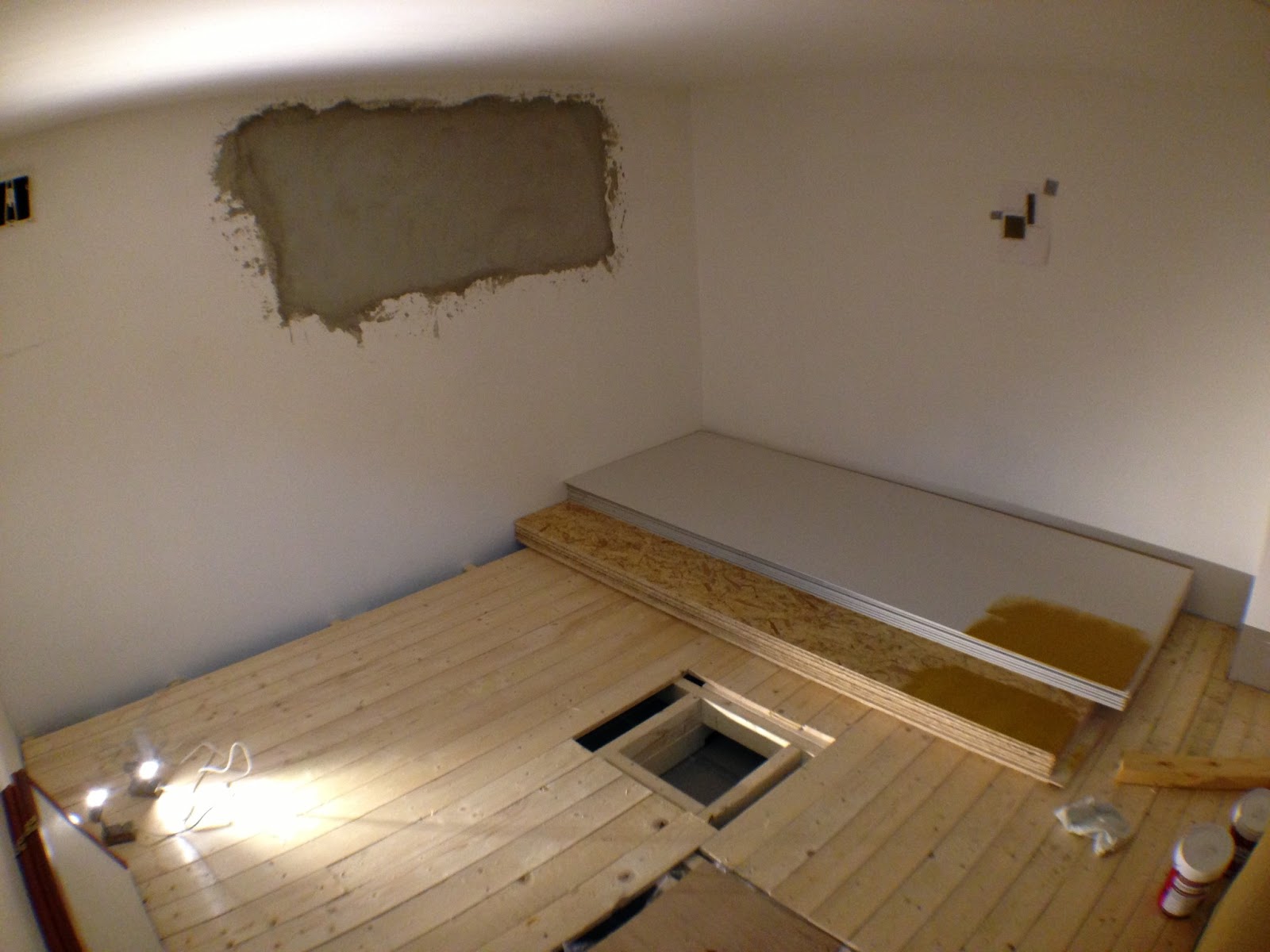 Yesterday was mainly a shopping day. I got the rest of the wood that I need for the mizu-ya floor. I cut them into “right” lengths. However, as I started to put them down I discovered that I had forgot to take into account the extra space needed for a sliding door for most of the distance. Luckily I had made the boards too long, and not too short. At that time the saw decided to act up. In short I did not get as much done on day 4 as I had hoped. Though I put down the last boards on the chashitsu floor and a few boards on the mizy-ya

On the bright side, I did get a call confirming that the visible wood for the room will be ready next week. With luck and some hard work the room may be ready by the end of Easter.

Started Day 5 by looking into the saw problem a bit more. It blows the fuse in the house when I turn it on. In theory the fuse should be fine. Also it worked nice over the weekend but yesterday and today it kept breaking the circute as soon as I started the saw. After some experimentation I discovered that when I use my longest extension cord (which is what we did this

weekend) the saw works fine, when I use no extension cord or a shorter one it blows the fuse immediately. I’m no electrician, but that seems very odd. Bought the saw back to the store where I bought it. Told them the story of what happened, but they weren’t entirely convinced. That is until they tested it and the fuse for the entire wood storage blew. The offered me a new saw. To be on the safe side we tested it for the same faults. No sign of it. Back home again I started fixing my mistake from yesterday with the floor boards for the mizu-ya. After a few cuts the saw kills the fuse again. Seems like the issue is exactly the same with the new saw. I capitulated, brought out the long extension cord and got to work. If any electrician can explain to me what is happening to my saws I would be very grateful.

By the end of the day I had completed the mizu-ya floor today. Also I put one layer of paint the two types of walls I’m going to use. I want to see how the colour I have bought looks on the actual surfaces I will be using. Expect I need two or three layers before I can see the finished colour. Also I need to get hold of some sand to put into the paint so that it will get the right texture.