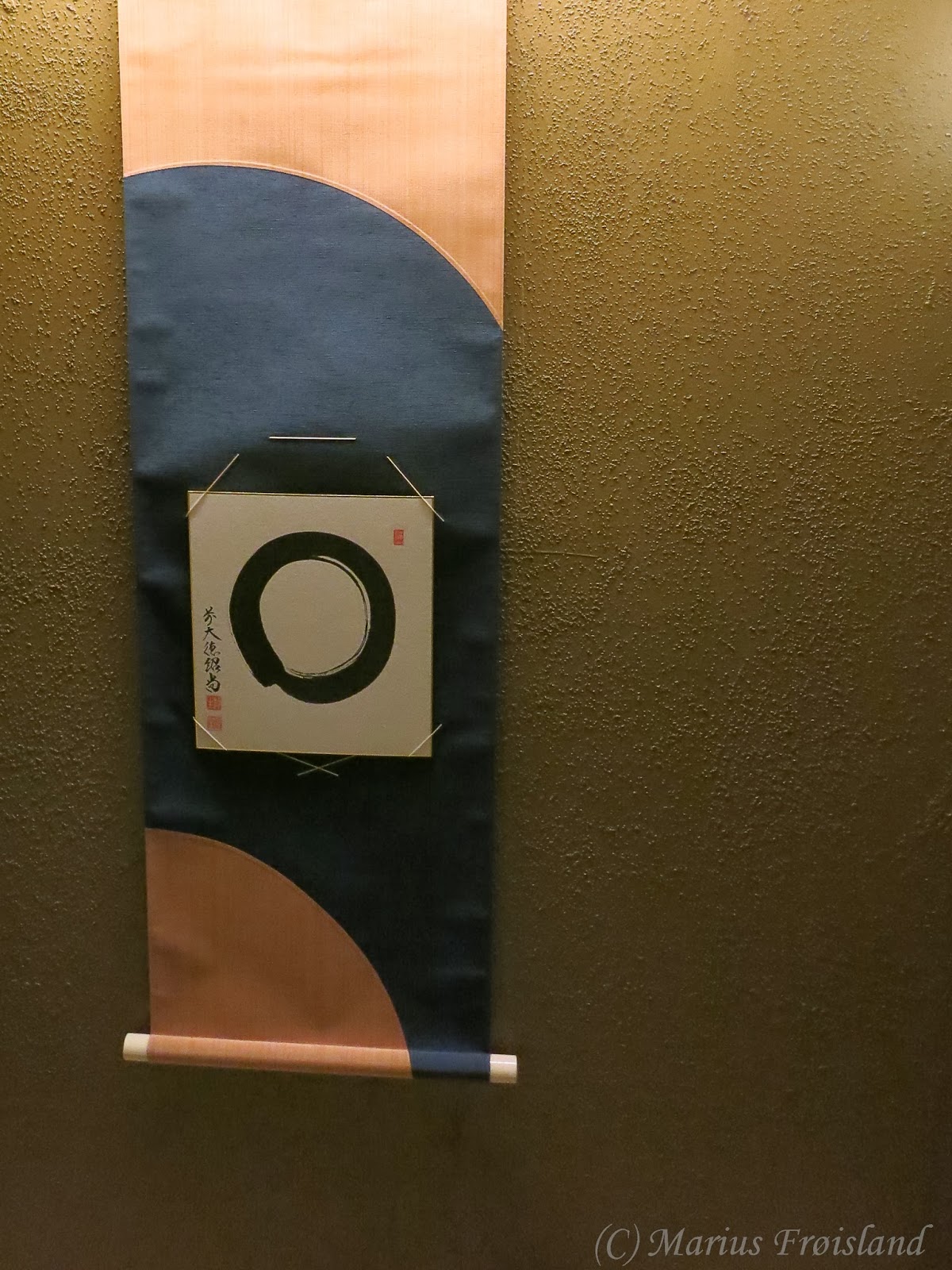 In bed one night trying hard to fall asleep, and failing at that, I got an idea. Doing temae in the morning would be a great way to start a day. After giving it some thought I have decided I will try it try for a week. That is to start First thing I need to to is figure out how much extra time I need in the morning to do hakobi usucha before I head to the office.
Since the idea is to figure out the amount of extra time I need I will time everything that I must do different in my new morning routine. Starting when I go down into the basement. The water boiler should be my time goal for the preparation. I can’t really start the temae without hot water, and there isn’t much I can do to speed the boiler up either. From the top of the stair until the first water was boiling took about five and a half minute. However, at that time I was not entirely ready to start the temae. I had changed from regular clothing to kimono, and had started preparing the utensils, but not finished it. At 6 minute 50 seconds I was ready, sitting in front of the sadoguchi with the mizusashi. In my estimation I should with some extra practice be able to reduce the preparation time to match the water boilers five and a half minute.
Doing Hakobi Usucha at my regular speed it took me about ten and a half minutes without haiken. After that it was time to wrap it up and clean the utensils. Four minutes later I was back on top of the stairway, the kimono left behind and business attire put on. The entire process had taken 21 minute and 30 second. About half of that was the temae.
So what did I not do?
I only boiled 1.5 liters of water. My kettle holds somewhere between 3 and four litres. Doing temae with only a half filled kettle was a bit strange, so I might try to get an additional boiler.
When I came down there was enough water in the mizugame from the day before. This will probably be the case three out of four days. I did not empty out the water bucket under the sink in mizuya. I guess that I need to do this maybe every six or seventh time.
This time I did not make a proper mound inside the natsume. The reason begin that I only had about two scoops worth of mattcha. I probably saved a bit of time not doing the mound. Beside that I think I did most of what I usually done both in preparation and cleaning.
The experiment
So now that I have a clear picture of how much extra time I need in the morning I’m almost ready to start my week of morning tea. There is just one very important piece missing, and that is the Tea. For the first time in many many years I’m all out of tea, and impatiently awaiting a delivery from Japan. I’ll update the blog when I start to let you know how it worked out.