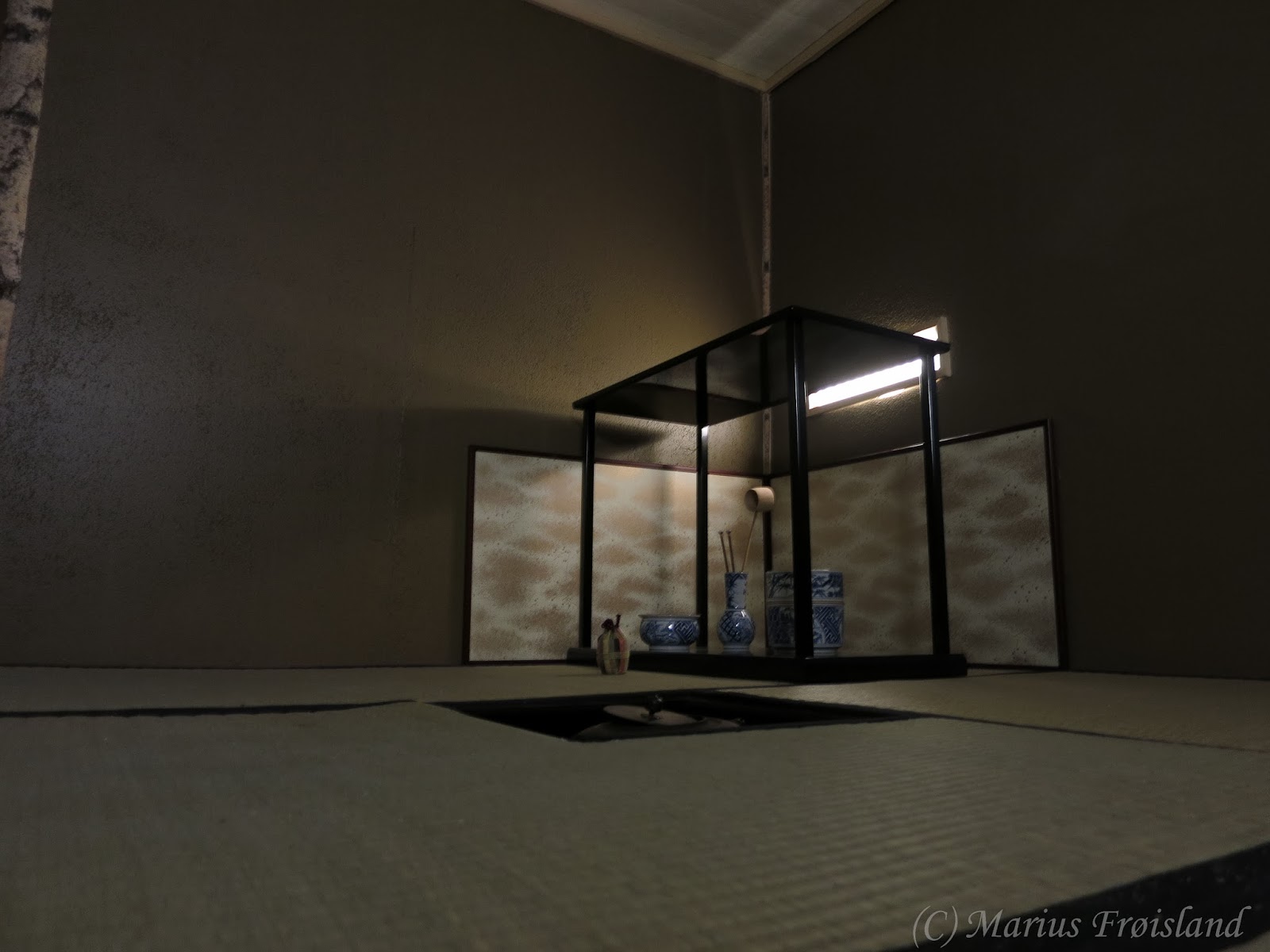 The construction work with the door is done, finally. I have lost count of how many attempts I have made a making a proper door. This time I really think I have got a well functioning system. The door is now sliding on a metal rail hanging from the wall. Actually the door is not even touching the floor. Which means there is one less thing that can give me problems.

I did some other changes while I was at it. I have added a white birch pillar next to the door, and made an opening for another “window” just in front of temae-za. There is really no space behind the new window, but I was still able to fit a line of LED lights from IKEA. With the rice paper it gives a nice soft light in the room. My guest should now be able to actually see the host 😉

I contacted a store that sell shoji and asked for a price for making two shoji windows. That is I want to replace both the old and the new window with something that looks more professional. They wanted $720 for the windows. At the moment that is much more than I can afford, so I made my own window. For the second window I did not want to make railing above and under the window. Instead I have the window hanging like a picture, using fishing line 😉

2 Replies to “The Making of Chashitsu, new door and window”