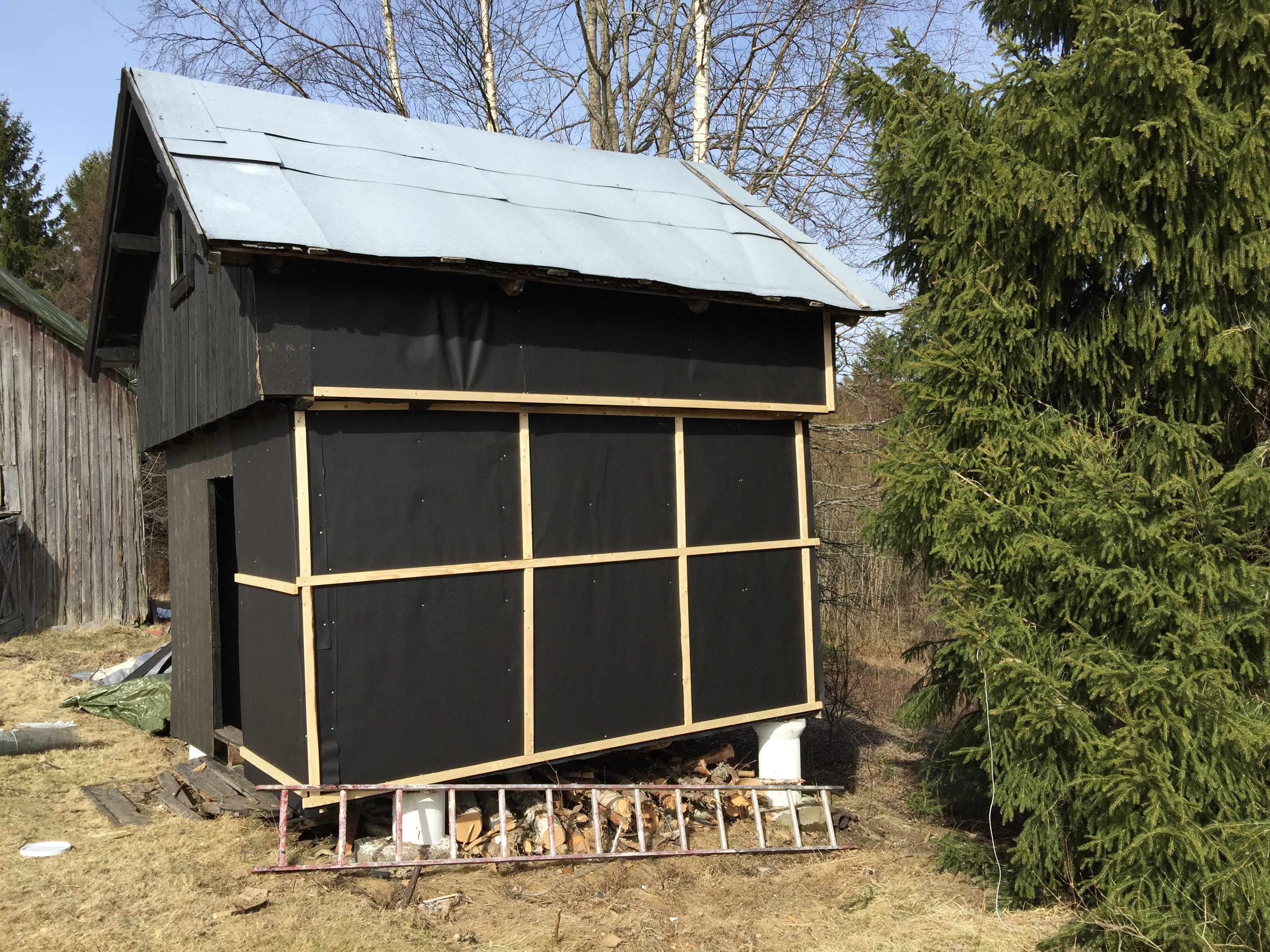 Since the Chabarn ended up being too expensive, I have started a smaller project. At my cabin, there is a small storehouse (“stabbur” in Norwegain), that I am going to turn into a combined Tea-house and guest-house. I’m looking at three mats and a 80cm by 320cm mizu-ya.  But first I need to renovate the building. I have started to demolish most of what was there originally, and intend to keep the frame only.

During my six day vacation, I was able to remove all the interior wood. This was a lot more work than I had planned for. I removed the interior walls on the ground floor, as well as in the loft. In addition, I tore down the interior part of the roof, along with the floor between ground floor and the loft. See attached photos of the huge pile of removed wood.

The wood I removed on the first day, was all burned on my Easter-pyre, but the rest is left for another day.

I was able to replace the entire south wall, and half of the west one. I removed the old planks and replaced it with wood fiber boards, and a layer of soft wind barrier, that also happens to be water and vapor proof. In reality, this is the wall, but to protect the barrier and to make it more appealing to the eye, one would normally add wooden boards. I’m going to do this, but I didn’t have the wood available, so I haven’t started on that task yet. in the photos you will see a network of 1” by 2” beams that have been nailed on top of the wind barriers, this is to get some air between the barrier and the wood. In all essence this is the way most Norwegian wooden houses are built.