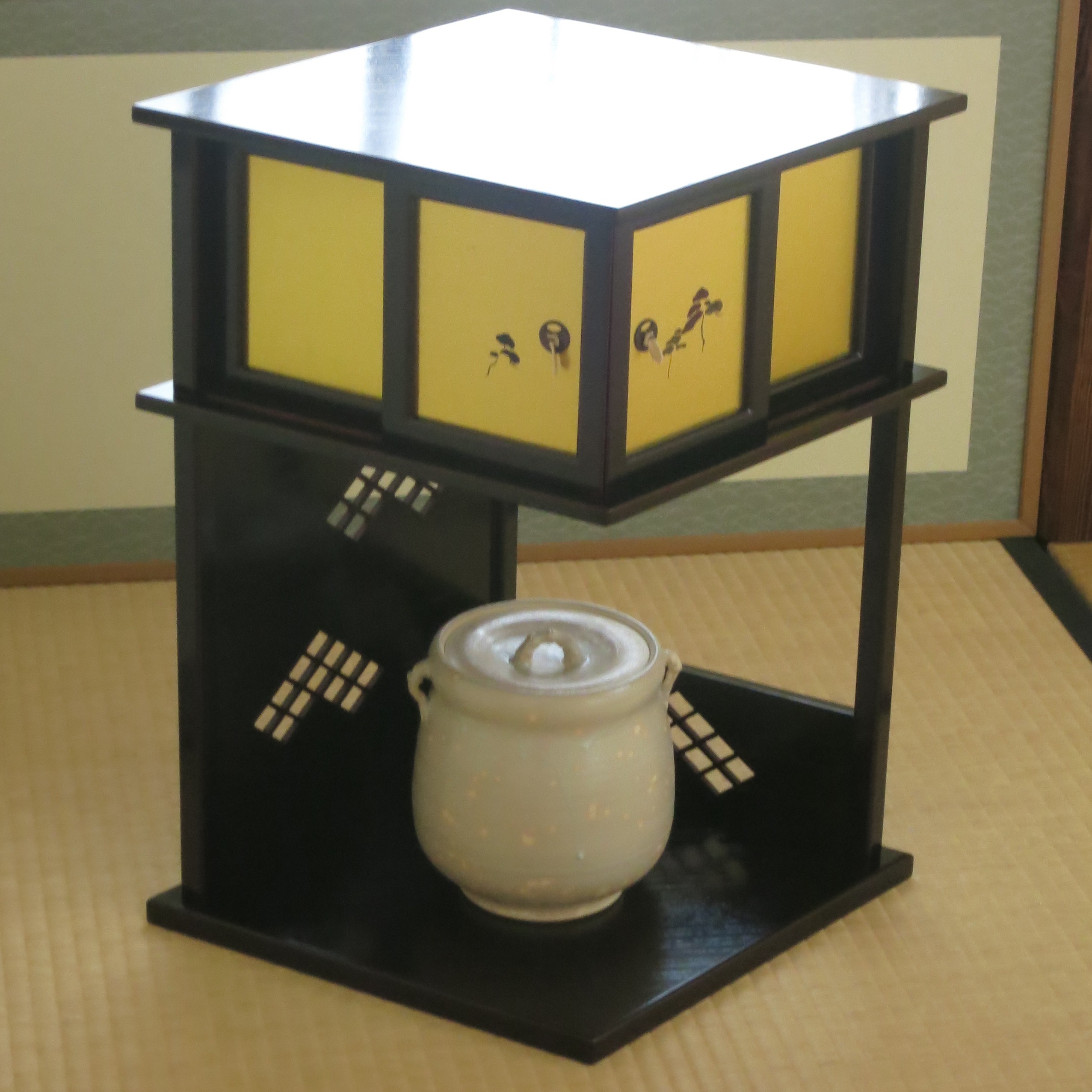 During my recent trip to Warsaw I was introduced to a wonderfull tana. Tsurezure dana is made of laquered wood. The middle shelfe is hidden behind two small doors. Using the small hangles on the mini fusuma you can slid them back to reveale the natsume.

I liked this tana alot. I liked how it keeps the natsume hidden untill it is needed. I like how the doors and the movements to open them brings extra focus to the revealing of the natsume.

This tana is only used during Ro season. This might be because it is quite wide.

Hishaku and futaoki can be placed on top. Since it is a square shape the hishaku cup should be facing upward presenting a round shape. Hishaku is places diagonalu, with the cup slightly to the left of the center and the handle on the right side. Furaoki goes to the left of hishaku.

During sumi the feather and kogo can be placed similarly as described above for hishaku and futaoki.

When refilling the mizusashi at the end of the temae it is moved to the front of the tana, and a mizutsugi is used. 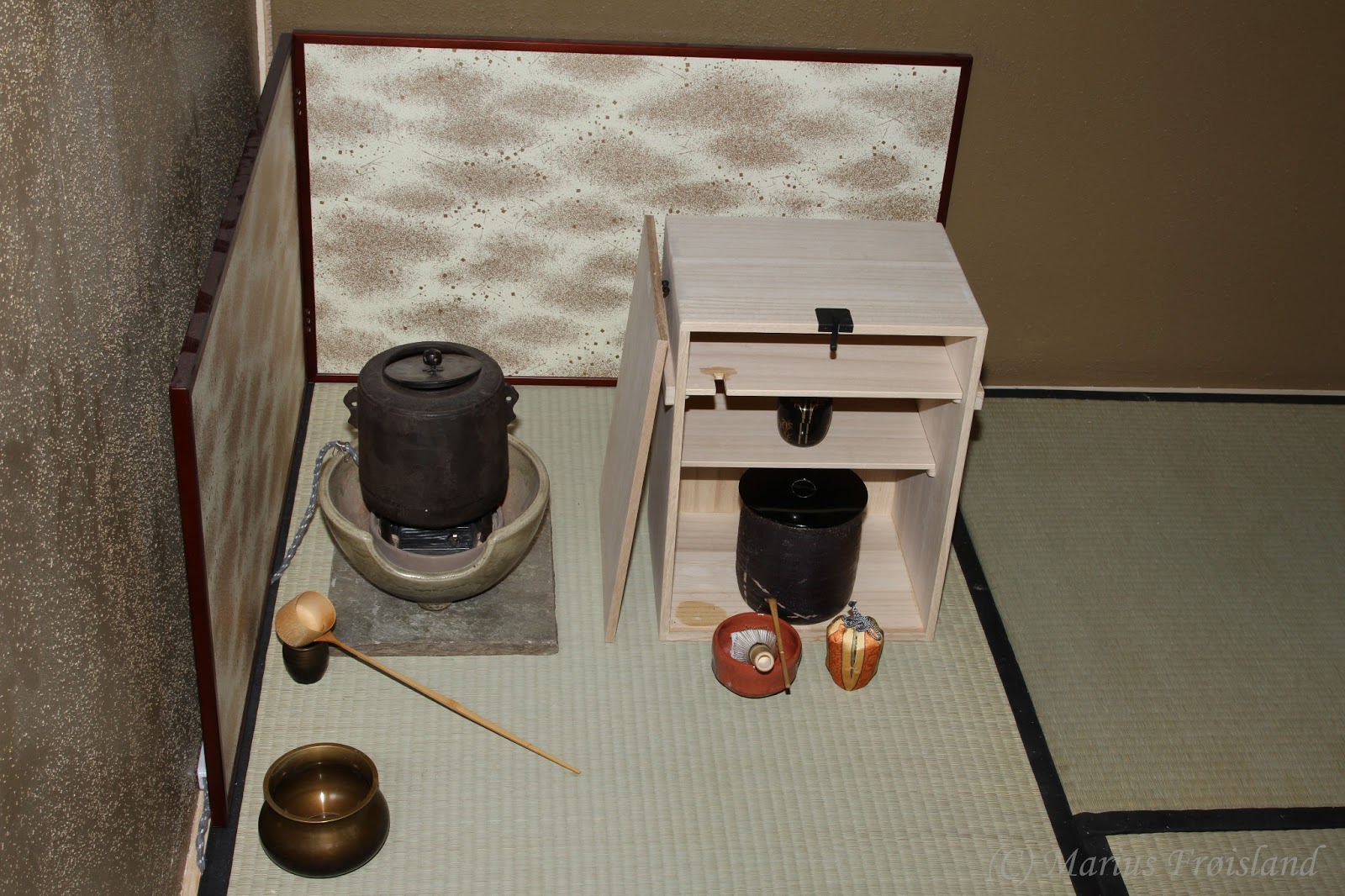 I do not know why, but I have a fascination with boxes in relation to Tea. I love dogu that has a wooden box, I love chabako, I love satsubako, and I love tabidansu. I would like to share some information about the last one.

Tana is the Japanese word used to describe a small table or stand that is used in Tea. The stand can have one or more shelves and is used to place various utensils on. This changes the way the host prepare Tea. Tabidansu is a tana. As you can see from the image on the right, tabidanus is shaped like a wooden box, with two internal shelves.

The first tabidansu is said to be a warriors box for storing armour. With a small handle on each side for ease of carry. On the front there is a simple locking mechanism. It is said that Rikyu used a tabidansu at the battle of Odawara.

In many ways tabidansu is “just” another tana. But for me it holds a special place. I like the way it looks especially for usucha. It is placed next the the kettle all neat and closed, like it was always standing this way. After you have made tea you put it back exactly the same.  The temae is over, but the room is ready for the next guest.

Tabidansu is 33.8cm wide, 26.7cm deep, and 44.7cm high. It is usually created made of unfinished paulownia wood. The midle shelf is removable and can be used as a stand for utensils when doing temae on grass. There is a very similar tana called Yachiyo-dana, which is lacquered in red, this tana was designed by Tantansais wife Kayoko.