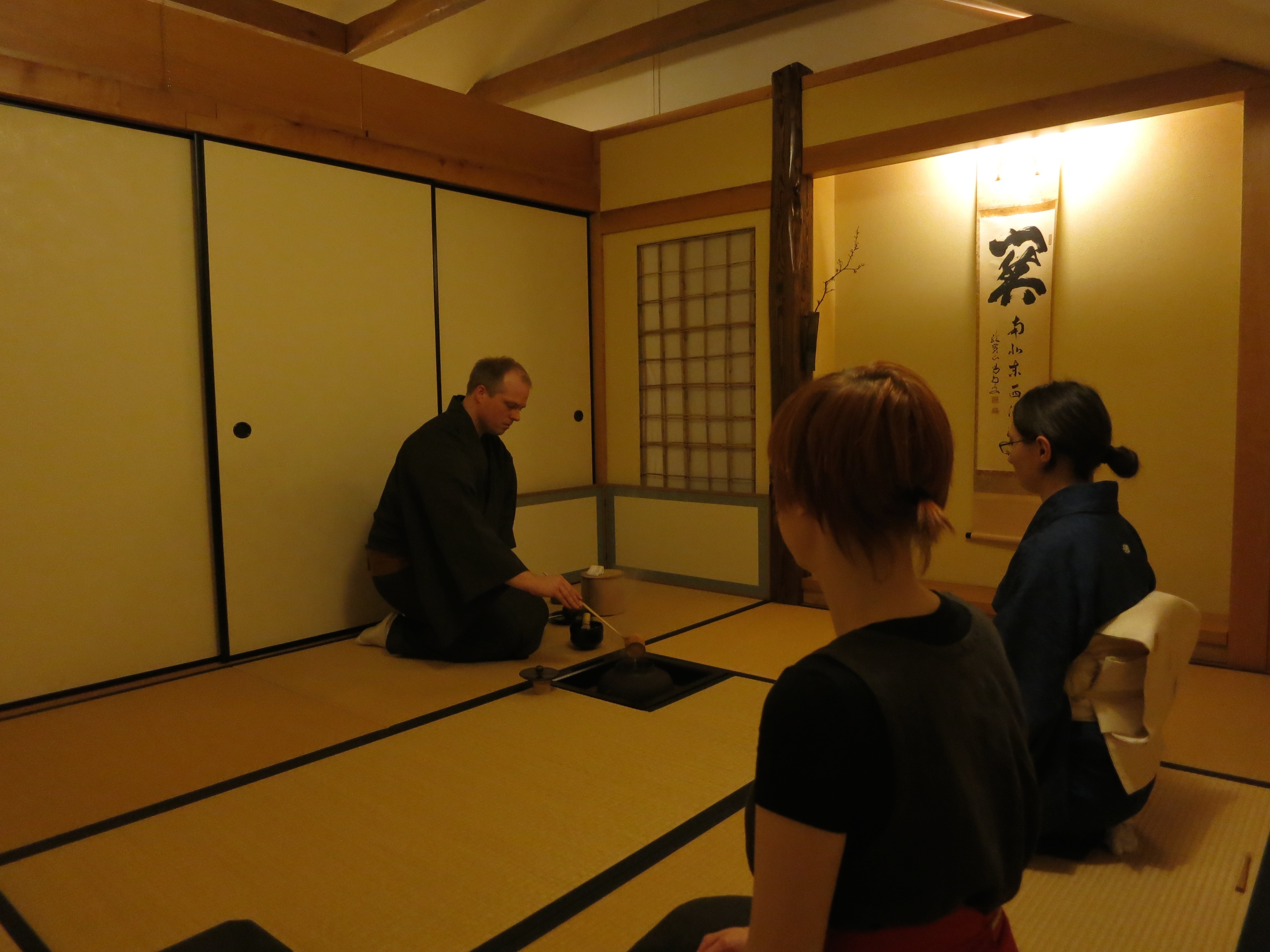 I came to Warsaw fairly late Friday evening, so no practice then.

Saturday was a Tea day. We started quite early. Another student and I did temae, Daitenmoku and Wakin. Then we spent a litle while swapping out the electric ro for a propper charcoal one. They are planning to use sumi for next weeks Rikyu-ki, and wanted the charcoal ro in a bit in advance.

After lunch one student did Sumi. I haven’t seen or done charcol-temae in many many years. According to my records I last did Sumi in 2008. Truly, I had forgotten most of the temae. All the better to have the opportunity to watch it. As it was progressing parts of the temae came back to me, but still it felt like it was a brand new temae. I guess I have to go home and studdy sumi.

In the evening we wanted to go to a nice resturant for our evening meal, but with the teachers baby that proved difficult. However they were able to convince the resturant to let us buy take-out.

The resturant speciallized in traditional Polish cusine. Which was another nice expereince. Apparently both duck and rib are something they are very good at.

Sunday more people attended Okeiko. We started the day with kagetsu. Again a temae that I had not seen or done in a long while. Last time was june 2005, and it probably was not Sumi Tsuki Kagetsu either.

I did not do any temae after kagetsu, but I got to be guest for a few. I was very happy that the last temae of the day was Gyou-no-Gyou. This was my first time seeing it.

Thanks to the teachers and students at Sunshinkai for a wonderfull weekend.